In April 1889, the merchants Rudolf Schülke and Julius Mayr met in a comptoir in downtown Hamburg to sign a contract that laid the foundation for the Schülke & Mayr company. Already in April of the same year the production of the first brand disinfectant Lysol began. A small sensation at that time, because hardly anyone knew what disinfection actually meant and why it was so important. In the hot summer of 1892, another cholera epidemic broke out in the Hanseatic city and claimed many lives. But for the first time such an epidemic could be contained with the help of lysol and thus many human lives could be saved. Lysol very quickly became a fixed quantity and the demand for the preparation grew enormously worldwide. On 31 March 1893, the Free and Hanseatic City of Hamburg awarded the Schülke & Mayr company a gold-plated certificate of honour for its efforts during the epidemic. 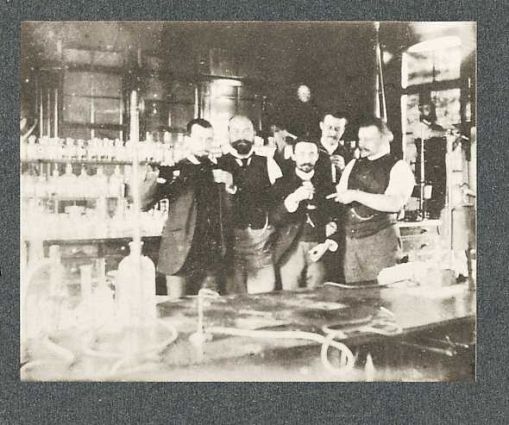 The first product Lysol (1892) was followed by numerous other new products that set milestones in the company's history: Buraton, Primasept, Gigasept in the medical sector and Grotan, Parmetol, Euxyl in the industrial sector, to name but a few. After years of hard work, research and development, chlorinated phenols were patented as active ingredients in 1913. In the same year, this led to the introduction of the well known disinfectant Sagrotan, which is still a synonym for hygiene and disinfection today.

The company Schülke & Mayr has already experienced and survived the First World War. But now the company found itself back in the Second World War. Like many industrial companies, Schülke & Mayr was also asked by the state to set up alternative businesses in "less endangered places". Thus, branch factories were set up in Brand, a small town in the Fichtelgebirge and in Wesel, which were only dissolved after the war. The fact that the company continued to exist despite all the burdens is only due to two circumstances: the loyalty and skill of its employees and the luck that no bomb hit the production facilities.

After the Second World War, Schülke & Mayr drew up a balance sheet: to compare and weigh debit and credit, and thus to obtain clarity about the future of the company. Externally, the company had survived the last 50 years and the wars well, but internally it had suffered many losses. Fallen and missing, among them many of the company's former valuable employees.

The production facilities had largely survived the war well and "The market was demanding". The doctors, clinics and sanatoriums had to make do with emergency aid for far too long. The trust in Schülke & Mayr and its products was unshakeable. Of course, there were also other suppliers of disinfectants, but the consumer did not want anything else. They wanted Lysol, Sagrotan, Parmetol, Quartamon. Products you can trust.

The Rudolf Schülke Foundation was established in 1972 in honour of the founder Rudolf Schülke. The aim is to promote research and development in the fields of hygiene and microbiology beyond the company's internal boundaries. Every two years, the foundation awards the highly endowed Hygiene Prize to outstanding scientists who have developed special solutions in the fields of hygiene, microbiology, preventive medicine and public health.

1988-2017 - Foundation of the first subsidiary and international growth

Three years after the founding of the first subsidiary in Austria, Schülke France SARL based in Paris, France, now follows.

The company continues to expand its international business and founds three further subsidiaries in 1995:

Schülke & Mayr GmbH founded schülke inc in the USA with headquarters in Fairfield.

The acquisition of Simedsu Medical Supplies in Singapore and Malaysia marks the establishment of the subsidiaries S&M Malaysia and S&M Singapore. An important step for Schülke & Mayr to expand its position in the Asian market, which is important for the company. Only two years later, the S&M Shanghai Representative Office opens.

schülke takes over the Polish distributor Higiena. From now on the new subsidiary operates under the name Schulke Polska Sp. Z.o.o.

2015 was an important year for the company, as it founded several international subsidiaries at the same time, thus constantly advancing its international development.

In 2017 schülke founds its subsidiary Schülke Kimya Tic in Turkey. Ltd. based in Istanbul.

Despite these numerous changes, Schülke & Mayr celebrated its 100th anniversary in 1989! Time to take stock and take a look into the future: numerous patents, worldwide distribution of the products and more than 500 employees. Schülke & Mayr has further consolidated its core competence, a loyal customer base and strives for continuous development through innovation.

Schülke & Mayr launches the antiseptic Neo-Kodan. The company is revolutionizing skin disinfection with the basis of the high-performance active ingredient combination Octeniderm, which contains the innovative and patented active ingredient Octenidine.

Another year, another success: Schülke & Mayr launches octenisept® on the market. A novelty on the market for mucosal antiseptics. octenisept® convinces experts and consumers with its rapid onset of action and above-average duration of action. The beginning of a long success story. 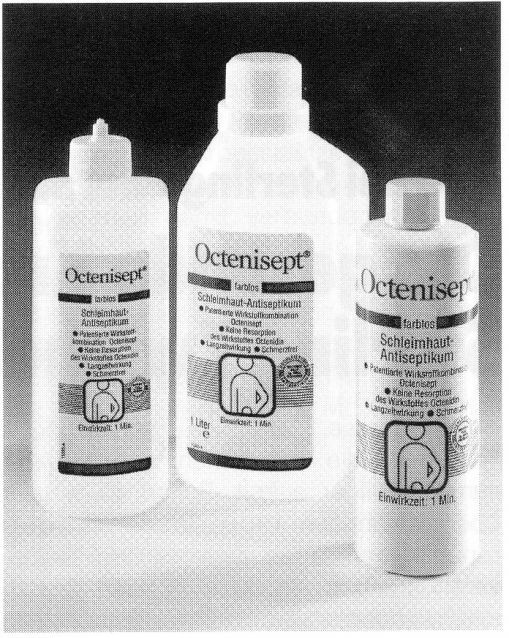 For the third time in the company's 130-year history, the brand identity of the company is redefined. This time not only the logo will be changed, but also the official company name: Schülke & Mayr will become schülke - the plus of pure performance. The "plus" becomes a trademark and an important component of the new logo.

schülke expands in South America and takes over the Brazilian hygiene product manufacturer Vic Pharma. With more than 130 employees, Vic Pharma is the second largest independent supplier on the Brazilian hygiene market. The hygiene product manufacturer offers a wide range of products for the disinfection of surfaces, instruments and medical devices as well as antiseptic solutions for pre- and postoperative treatment. With this acquisition, schülke is also expanding its position in the South American hygiene market for the first time.

In April 2019 schülke celebrates its 130th anniversary. 130 years is a long time and schülke looks back on an eventful, successful and at times challenging time. The company has survived epidemics, wars and many business changes and has always emerged stronger from them.

Our mission "We protect life worldwide" was already then, 130 years ago, the vision of Rudolf Schülke and Julius Mayr for their company and their products. And a small North German company has grown into an international company.